Census Bureau: The Villages and Orlando among the Top Ten Fastest Growing Metro Areas in the US 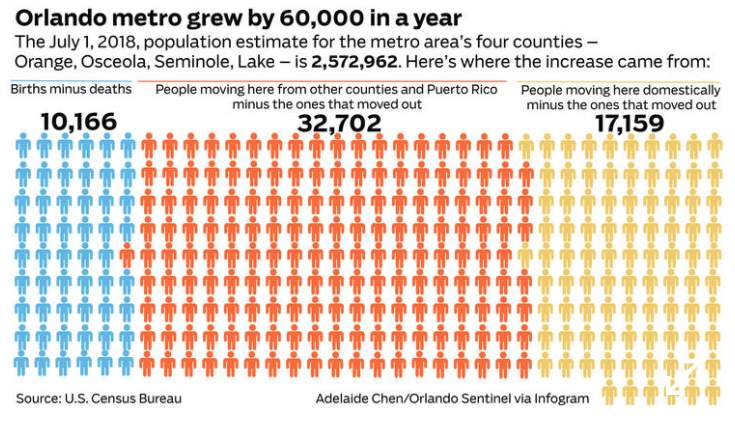 The Villages checked in as the fastest growing metro area in the US, according to the US Census Bureau numbers released today.

Orlando is the ninth-fastest in the US, and has grown by 60,000 in a year. Extreme growth has happened specifically in Seminole County. The Orlando Sentinel spoke with Rich Doty, a research demographer at the University of Florida’s Bureau of Economic and Business Research, who said this:

“If you look at the Orange County data by age … it appears as though families with children have been moving out, as have retirees, but working-age folks and international migrants are coming in,” Doty said. “We can guess that it’s families moving for a better school district — which is something we’ve seen elsewhere in the state, but we don’t know that. It could also be people working in Orange but living in Osceola or Lake,” where housing tends to be more affordable.

Click here to read the entire recap from the Orlando Sentinel.

With the influx of people to Central Florida, there can be a direct impact on your homeowners, auto, and business insurance policies. To check how this will affect your personal rates, click here. For commercial rates, connect with us here.